Went to NY last weekend with my twin sister to see my brother and nephew’s last play (the organization they are involved with is making some big changes in response to loss of funding from New York State, so there won’t be any more shows).

It actually might have been their best ever – out with a bang, as another sister (I have a few) described it. 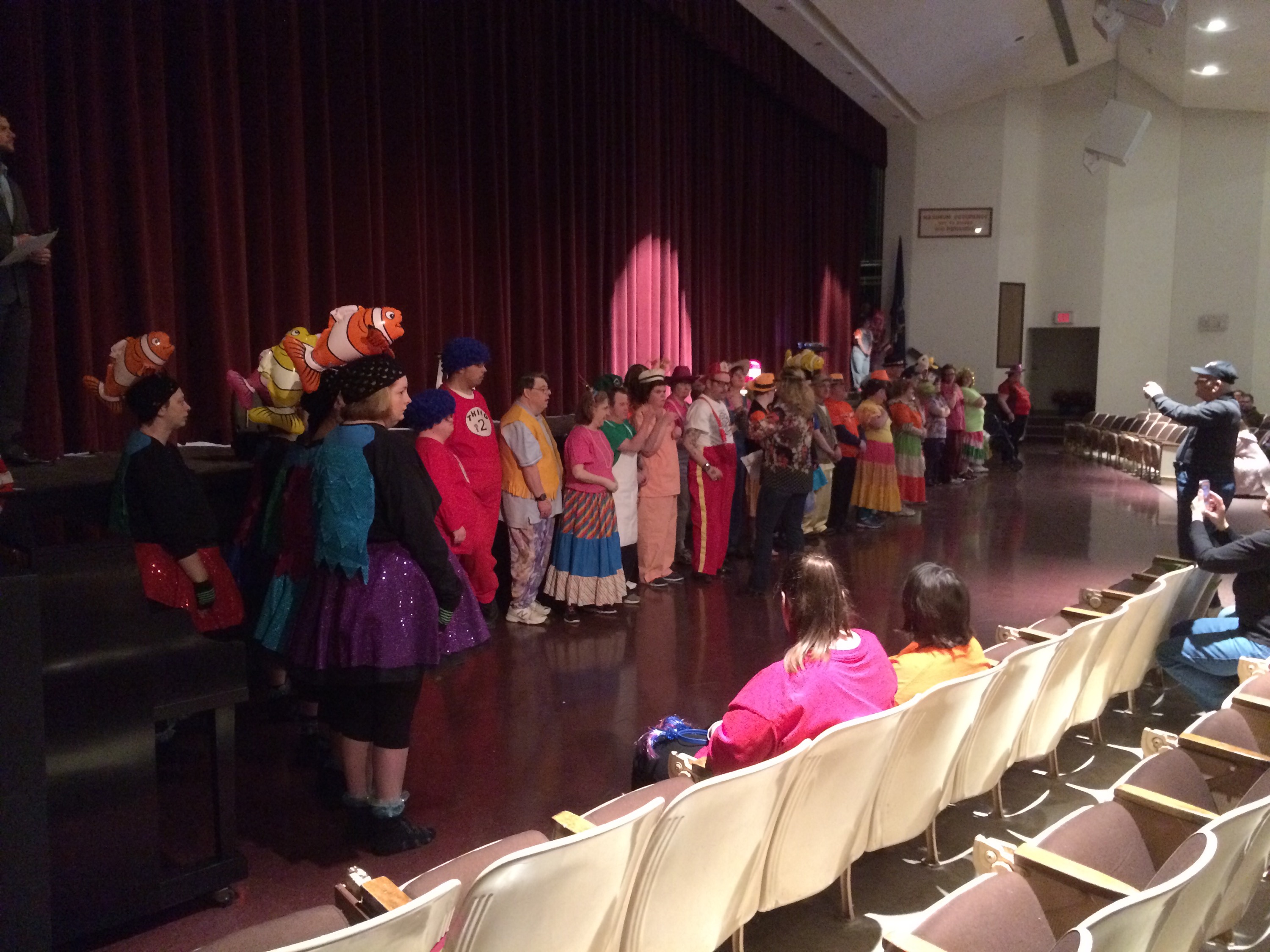 The pic above is about half the cast, the Whos. The rest of them are behind the curtain waiting to show their part in Suessical…. the show was great, the costumes were fun, and both the actors & audience members had a good time. Success all around!

As an aside, my twin sister stayed with me an extra day, before she headed back to NC. She has no reasonably-close IKEA, so we went and she picked up a Kallax 4×4 bookcase, to help organize at her house. I love these bookcases. Please don’t ask how many  Kallax/Expedit (predecessor) bookcases-that-are-pretty-much-used-for-everything-but-books exist in my & my husband’s house; I might be embarrassed to answer! I say might because I honestly haven’t counted… but they are dang useful.

My twin also helped me finish installing some cleats in the closet-about-to-be-an-office, so painting that and actually getting the standing desk reinstalled is on the docket soon. Then, hey, wow, the office-that-became-a-gym will actually be able to be used as a gym! And since I’m down 8 needed pounds from my Whole 30 experiment, going for another slightly-modified round (starting next week) and being able to add in some gym work (time to swing the monkeys!) will hopefully help get me even closer to my fitness goals. 🙂

I don’t know what’s up with my dash happiness tonight. Maybe I can distract you from them with a pic of my finally-corralled monkeys? 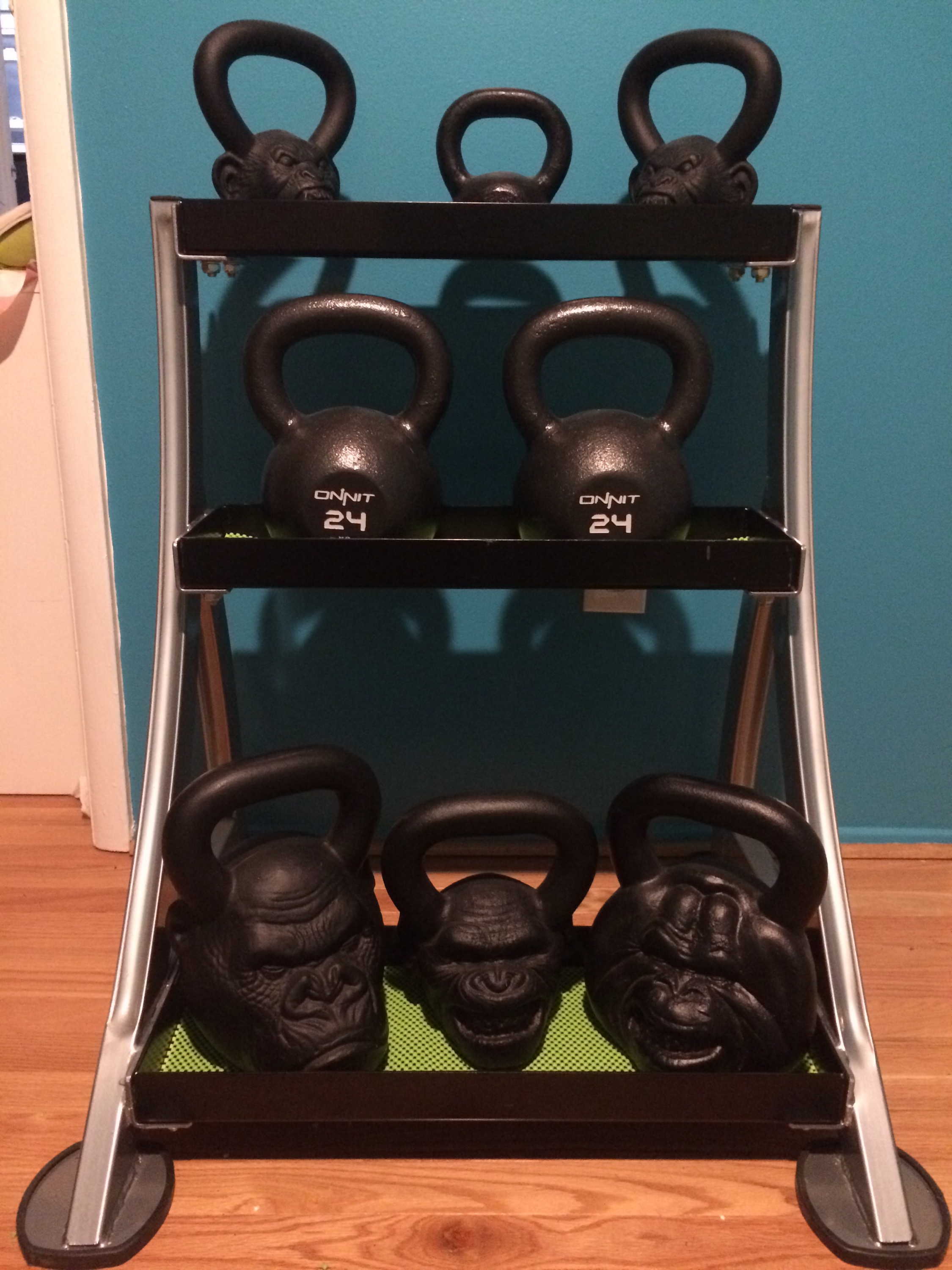 PS You know I purposely went back and added “finally-corralled” just so I could have another dash, right? 😉

PPS Those monkeys are in kilograms and poods, not pounds.