So why wouldn’t I want to look at something beautiful during that time?

I’ve been working on this project off and on for a couple of weeks. Let’s just say, I’ve never used Mod Podge and it’s been interesting – and sticky! 🙂

It’s going to be a new telephone riser. My office gave me one of those black metal ones to use, but it was just slightly narrower than my laptop, which went under, that it was a small annoyance each day. (Was able to give it to someone else who wanted one, so no waste.) I also have a desk doohickey that allows me to sit or stand, so I wanted one that was a bit taller than the normal 4″ or so.

Here’s the item I started with, a very cookie-cutter white box: 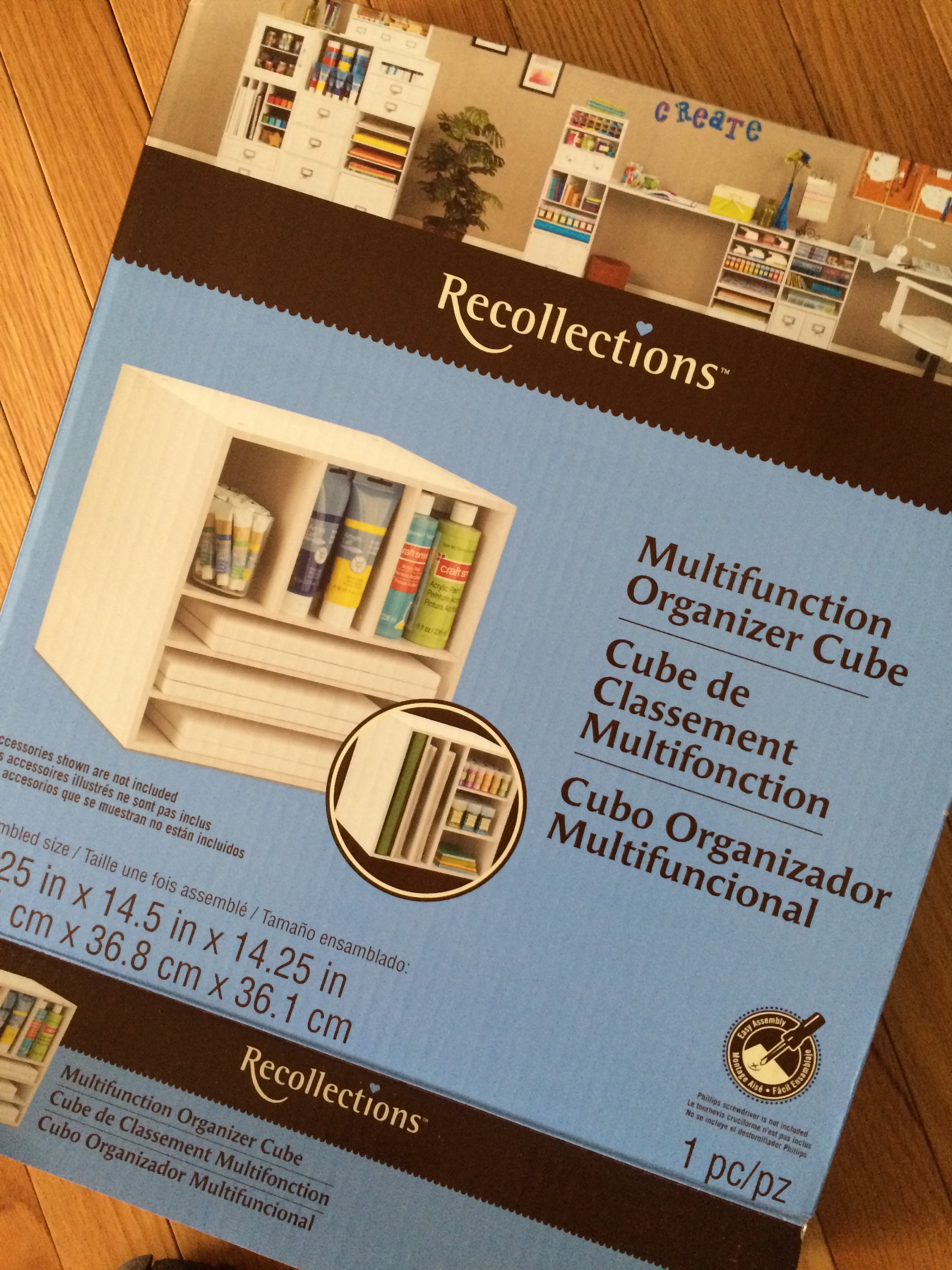 Here it is assembled the way I’ve decided to configure it: 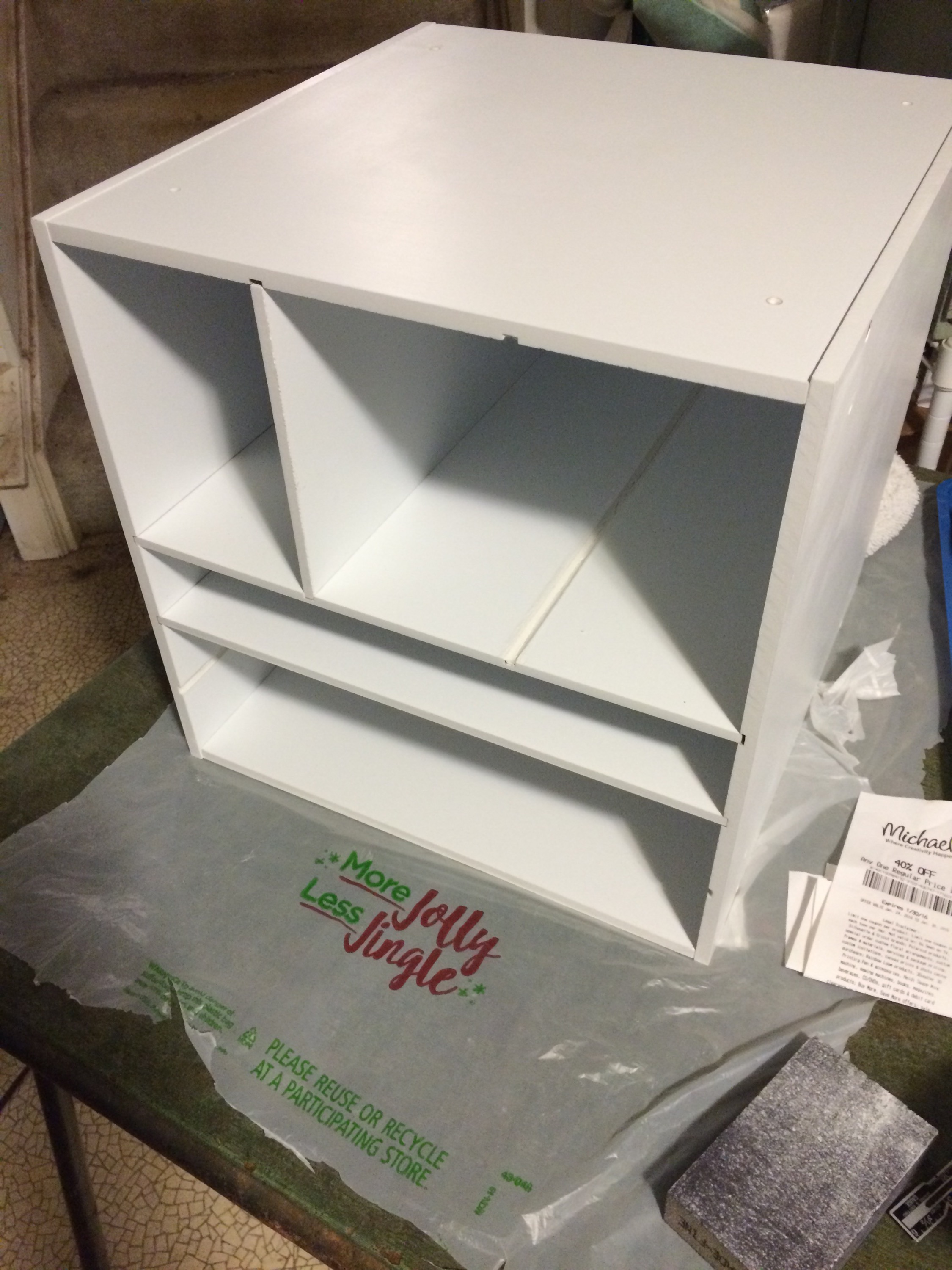 I’ve trimmed the backboard so the bottom section is open (computer dock and cords will be going in there), and won’t be using the bottom shelf and one vertical divider.  To keep the backboard up, instead of following the force of gravity, I filled in the grooves below it.

I’ve also filled in some of the other grooves; those won’t be used and since the inside of the grooves is dark brown MDF color, they were a visual distraction. Here I used caulk, but it shrank and cracked in a very ugly way, so I later filled right over with drywall compound.

I’m pretty much at figuring out where I can use an aerosol spray sealer in my house (um, it’s 19° and -1° windchill right now – not going outside).