With staffing changes in the department I work, only Jonathan has a birthday in February, so this was really for him. I know he likes peanut butter, and when my sister sent this recipe from Epicurious, I knew I had to try it. 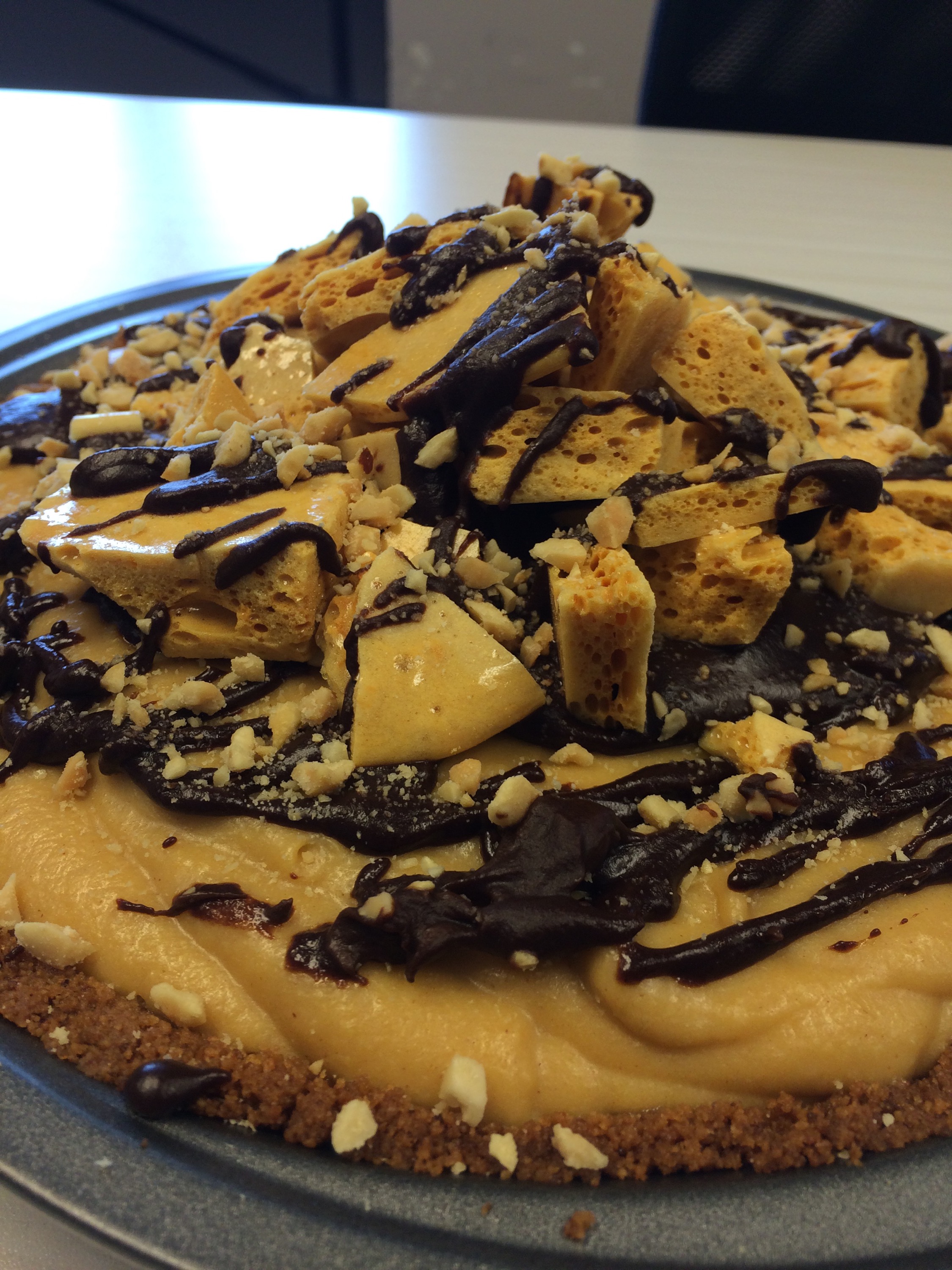 It was fussier than most pies I’ve made (I mean, peanut butter custard?! Cooked on the stovetop and poured in to chill & set up), but in spite of that ended up being really good. I would not recommend cooking it on a weeknight, but it’s a good made-in-advance pie… on the day of its be super easy to just do the toppings fresh.

I don’t know how the honeycomb candy would do frozen; it got weepy after a day in the fridge. It’s super easy to make though. I used this amazing honey from Sweet Betsy Farm and it smelled so wonderful while being made, that I might have to make the candy itself on occasion just to take advantage of the yummy honey!

All I have for the recipe is a screenshot, but here ya go. 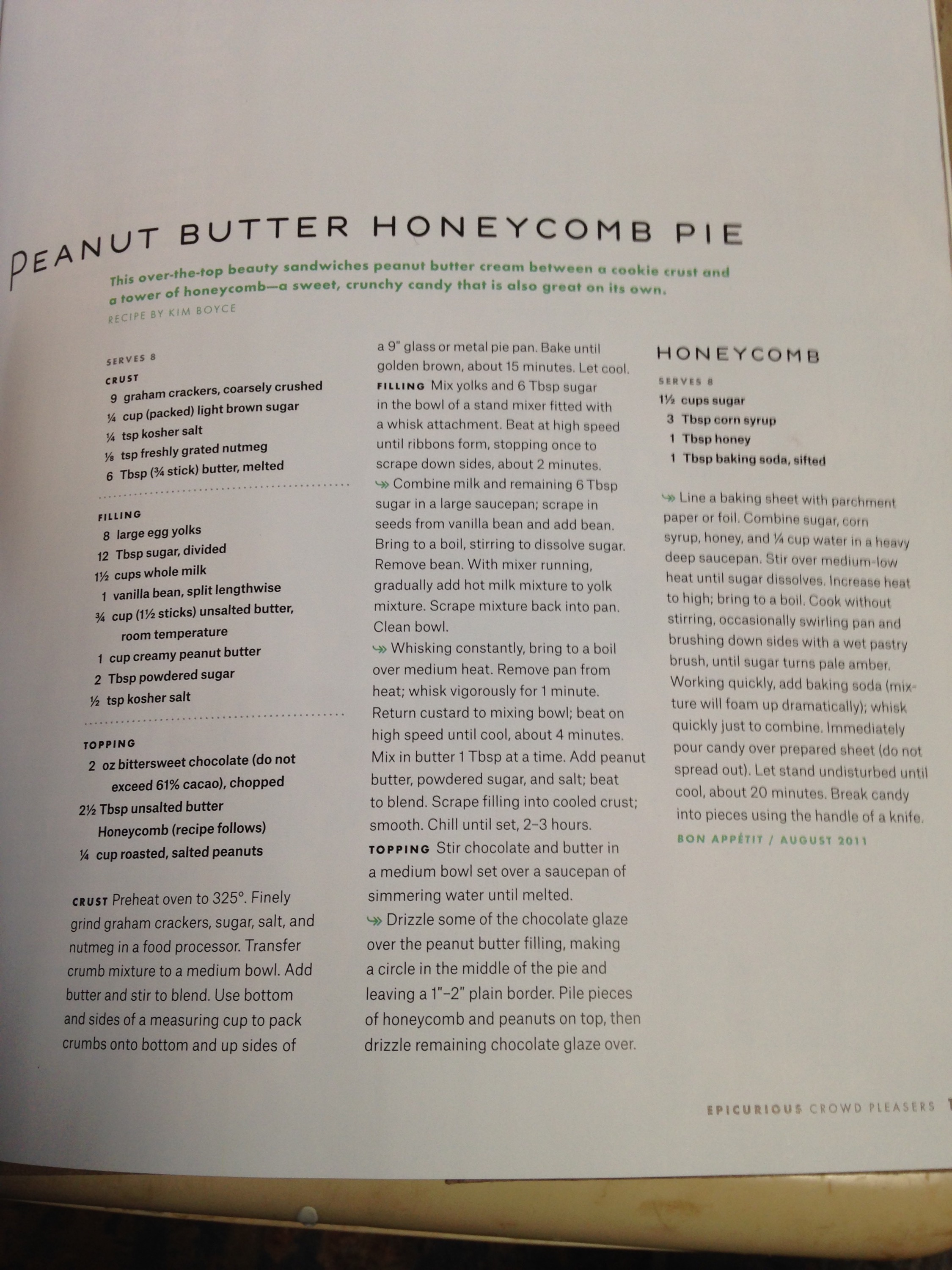 In terms of changes, I used twice as much chocolate as specified, and added a splash of cream – the butter-only was seizing up on me in the microwave at work. I also was careful to temper the eggs, a point not mentioned in the instructions, and I passed the custard through a seive before returning it to the mixing bowl. The seiving might not have been totally needed, but I ended up with a perfectly smooth texture so I decided it was worth the time.

Just for fun, video of the honeycomb candy fizzing in the pot: